Get the best cockroach control in Nutley, NJ today with a FREE inspection.

Cockroaches, also known as simply "roaches", can be found in multiple environments, including homes, restaurants, apartment buildings, and other facilities.  They can spread various diseases because they are commonly found near waste deposits or in the kitchen, where food is present.  With over 70 species of cockroaches in the United States, these extremely resilient pests are found year around and can quickly become problematic if left unattended.

Let's take a look at the most common species impacting Nutley, NJ:

The American cockroach is one of the larger cockroach species.  While they do have wing and are capable of flight, they can usually be seen scurrying around on their six legs.  Adults can live up upwards of two to three months without food, a month without water, and easily survive outdoor freezing temperatures.

American cockroaches typically prefer hot, humid conditions and are commonly found outdoors in landscape areas, sewers, storm drains, and in low areas of a building where moisture levels are higher.  Indoors, they can commonly be found in restaurants, grocery stores, and other places where food is prepared and stored.  They are often found in damp sewers, basements, heating ducts, and on the first floors of buildings.  They can be easily transported into homes and apartments by stowing away in boxes from infested establishments.

Females brown-banded cockroaches lay eggs in capsules, also called purses, that they carry around for roughly 30 hours before attaching them to out-of-the-way hiding places where vertical and horizontal surfaces meeting and on walls and ceilings.  In their 13-45 week life spans, a single female can be responsible for 600 offspring.

One of the most common species of cockroaches, the German cockroach is also one of the smaller species of roaches.  The most distinguishing characteristic is the two dark horizontal stripes behind its head on its back, separated by a lighter stripe that runs lengthwise on the body.  While they rarely fly, both adult male and female German cockroaches have fully grown wings and can fly short distances.

German cockroaches are typically found in homes, apartments, restaurants, and other buildings where food is stored, prepared, or served.  They eat all kinds of foods and may hitchhike into the home in search of food and water.  This species of cockroach generally avoids the light and prefers to live in cracks and crevices near food and moisture sources, such as the kitchen.  As German cockroaches have a high need for moisture, they usually only travel 10-12 feet from their harborage areas for food and water.  Without food or water, adults may die in two weeks, but can live for up to a month with only water.

The Smokybrown cockroach is a relatively large species of cockroach.  They are closely related to the American cockroach, but distinguished by their slightly smaller size and uniform dark coloring and dark, shiny thorax.

Smokybrown cockroaches are prevalent in leaf litter, in and around shrubs, flowers and trees, tree holes, wood piles, garages, crawl spaces, attics, and greenhouses.  They have also been found on roofs and in rain gutters feeding on bird droppings and plant materials and in sewers.  They are attracted to light and are strong fliers with wings that extend beyond their bodies.

Click here to learn more about our Four Seasons Cockroach Control Service Program and how Truly Nolen of Nutley can help rid your home of pesky roaches. 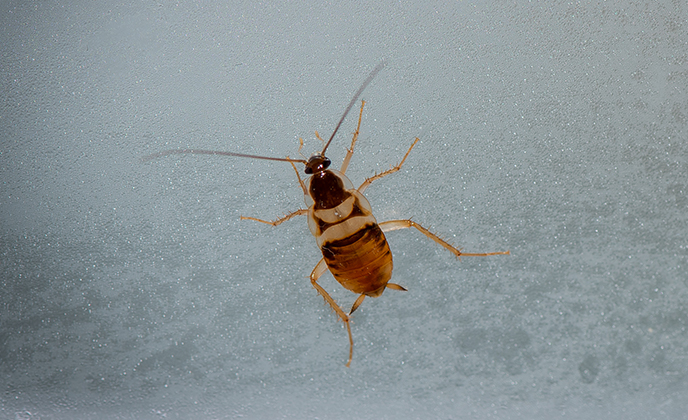 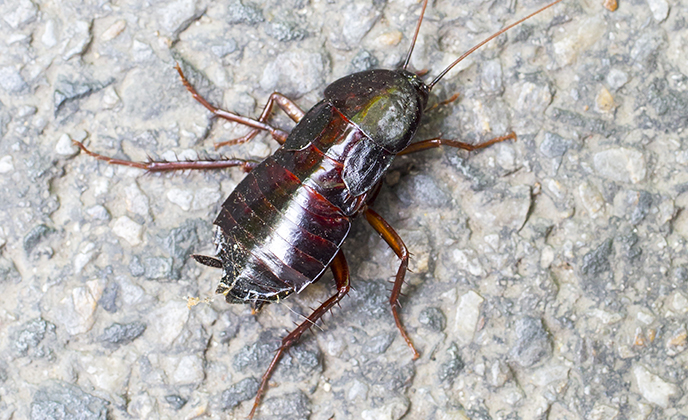