Let's take a look at the most common ant species impacting the Phillips & Grand Island area:

Acrobat ants get their name from their ability to acrobatically raise their abdomen over their thorax and head as if they were performing a balancing act, especially when disturbed. This ant is best identified from above, as it gives the best view of the telltale heart shaped abdomen.

Field ants are one of the most diverse types of ants in the world, boasting over 150 species worldwide. These insects subsist primarily off of a sweet substance known as honey-dew, derived from insects such as mealy bugs and aphids. As there are a wide variety of field ants in the world, it is not possible to make many generalizations. They tend to construct their colonies in the ground near trees, fences, sidewalks, rocks and other lawn and wood debris, and some species are known to use leaves, stems and pine needles in the construction of their nest.

Thief ants are like tiny, subterranean conmen that set up shop near other ants’ nests in order to pilfer the other ant colony’s food. Mighty but minuscule, these mobsters will stoop to stealing another ant colony’s eggs for tasty treats and will discreetly dispose of the carcasses of dead and dying ants when an ant colony goes south. Thief ants love dead insects and help control lawn and golf course pests like cutworms and scarab beetles. Thief ants are so tiny they may go unnoticed in your home, munching on greasy foods, such as potato chips and proteins. Showing a preference for proteins, these tiny interlopers are also drawn to sweets.

Click here to learn more about our Four Seasons Pest Control Service Program and how Truly Nolen of Phillips & Grand Island can help rid your home of pesky ants. 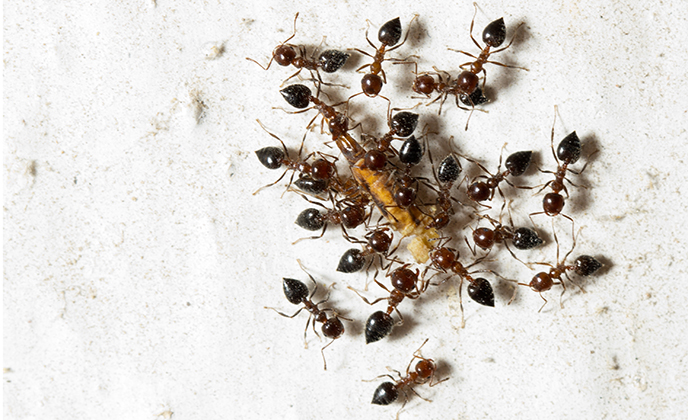 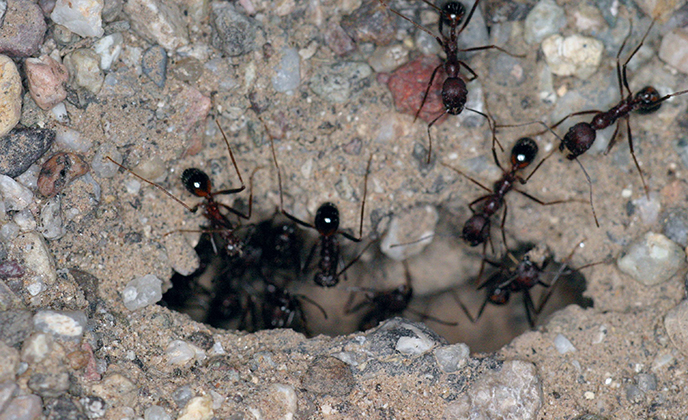