Citronella ants feed almost exclusively on a substance known as honeydew, which is secreted by aphids and a few other small bugs, and have been known to acquire this food source by tending aphids in subterranean "farms." They rarely venture indoors, but they do occasionally fly inside while swarming.

Citronella ants reproduce in flying swarms and are sometimes mistaken for termites. Unlike termites, however, they are largely harmless. Citronella ants live most of their lives in the soil, and despite the presence of colonies all across the United States, most people will never even see one. 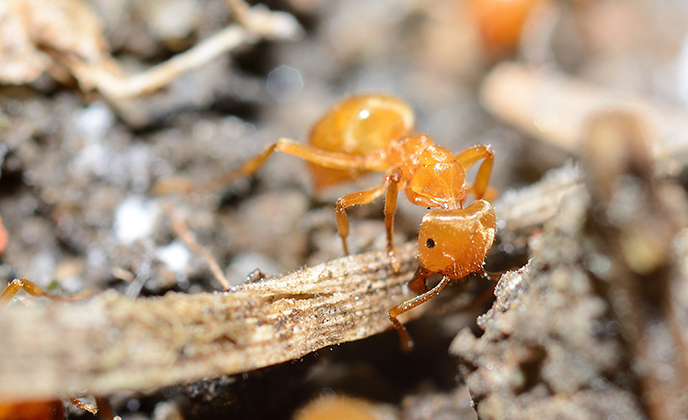 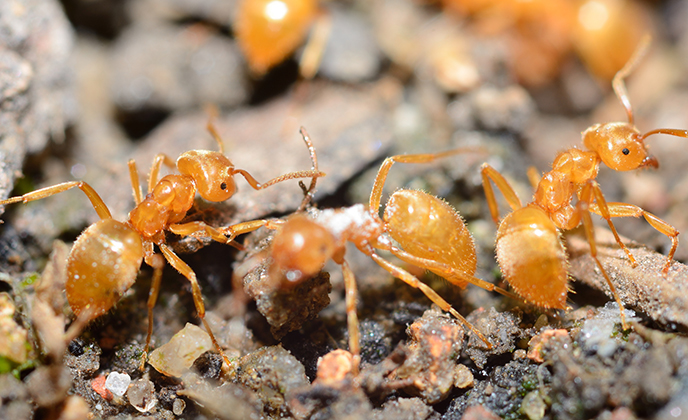