A sighting of small ghost ant workers is the usual sign of their presence. New colonies often are formed when a queen and a contingent of workers separating from the main colony to form a new colony elsewhere. This can happen multiple times, depending on the number of queens.

When ghost ants make nests indoors, it is usually in flowerpots, behind baseboards and inside wall voids. The colony may split into several nests. It is normal to find ghost ants trailing between multiple nesting sites.

Outdoors, ghost ants make their nest in the ground. They often nest beside stones, logs and firewood piles. They enter buildings on trails that they make along the ground. They also enter houses by trailing on utility lines or by following limbs of trees and shrubs that touch the house. 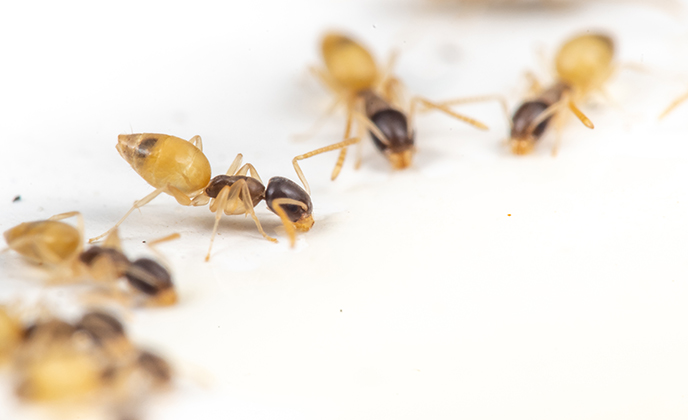 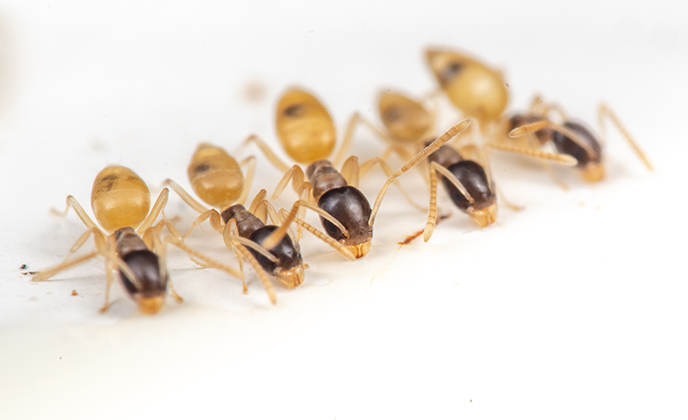